Fifteen years after cleaning up 9/11 dust and debris in and around the Lower Manhattan building where he worked, John received shocking news from his doctor: he had bladder cancer.

John was a maintenance man at an office building not far from the World Trade Center towers. He worked hard for for 25 years, never taking a sick day. He loved his job and enjoyed his coworkers. We’ll call him John to protect his privacy.

When the WTC towers collapsed on September 11, 2001, clouds of dust and debris engulfed the building where John worked. The dust was thick and deep, in, on and all around the building he and his coworkers maintained. When John and his fellow maintenance workers were told to clean up the dust and debris, they did their job. Nobody warned them they were risking their health.

Then, 15 years later, in the prime of life, with a wife and two children, John started seeing blood in his urine. A biopsy revealed he had bladder cancer. His doctor told him he needed immediate treatment and had to stop working with cleaning chemicals. He had to stop working as a maintenance man, but he had a wife and two young children to support. He had always been a good provider, but now he was sick.

With no money coming in, the bills started piling up. Medical co-pays for his cancer treatment, food, rent, electric bills, the car payment, clothing and school supplies for the kids – all the bills kept coming even when John was not getting a paycheck. Now, in addition to the stress of having cancer, he had financial worries as well.

Then, John learned about the September 11th Victim Compensation Fund. It was a lifesaver.

John learned that the 9/11 Victim Compensation Fund could pay up to $250,000 to the victim of a 9/11-related cancer, plus pay him for lost wages if he became disabled because of the cancer.

The VCF awarded John $250,000 for past and future pain, suffering, and loss of enjoyment of life caused by John’s 9/11-related bladder cancer.

John would rather be cancer free and still have his job, but the money he received from the Victim Compensation Fund saved John and his family. John was able to pay his past due bills, and will be able to put food on the table and support his family while he receives treatment for his cancer and figures out how he will put his life back together when, God willing, he is cancer free.

For John and his family, the September 11th Victim Compensation fund was a godsend. He and his family are forever grateful for the help they received in their time of need.

Find out if you are eligible for compensation.

$2,000,000.00 Award for Family of NYC Department of Transportation worker with bile duct cancer

"I found Mr.Borri and his staff to be outstanding and always available to guide me through this somewhat complex process. Many thanks." 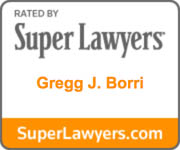